Why was I wasting my time?

A few major events occurred this year that shook me to my core and strengthened my resolve to live a more authentic life.

Chris Cornell‘s death on May 18 was unexpected and heartbreaking. I didn’t become a fan of his until his work with Audioslave, but once I did I worked my way backward and understood why he was a such a well-respected artist. I mourned the loss of a good human being and the fact that I would never hear my favourite Audioslave song, Like a Stone, performed live. It was a harsh reminder that we never know how long we have with the special people in our life and we need to appreciate the time we have with them.

We were in London the night of the terrorist attack at London Bridge and Borough Market on June 3. Luckily my husband and I were in our hotel room at the time, but we had been in the exact same area the day before. It was a chilling feeling to know we were so close to tragedy, and yet a huge part of me felt so far removed from it because in my mind we were still in Canada just watching the events unfold on the BBC. I’m still surprised that I was unfazed and ready to continue sightseeing the day after. The event really didn’t hit me until we came home, and I’ve struggled with wanting to travel far from home ever since. 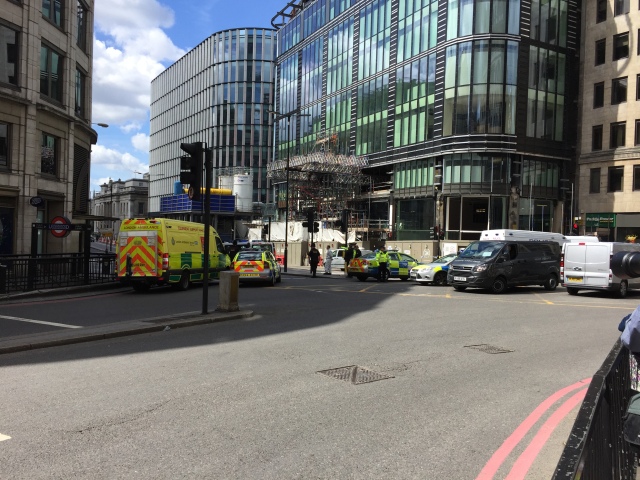 Then I lost my hero.

Chester Bennington, the lead singer of Linkin Park, passed away on July 20. I became a fan of Linkin Park just as I was finishing grade 12, and their music helped me through the years that followed as I transitioned into adult life. It was Chester’s voice, his raging scream, and his raw emotion that helped me feel like I wasn’t alone in the myriad of emotions I was experiencing at the time — Chester was with me. When he died, I felt gutted and abandoned. I still feel abandoned and find myself crying whenever I think of him. He helped me get through 17 years of my life and I was unsure how I was going to go on without him. I still can’t listen to any music by Linkin Park because hearing Chester’s voice hurts so much. As a way to sort of hold onto Chester forever, I got my first tattoo on August 4 of the six-sided Linkin Park logo behind my right ear (my right side is my dominant side). The placement behind my ear symbolizes how I became a fan through their music. The placement on my head symbolizes Chester’s struggle with mental illness.

Now he is always with me.

These three events helped steer me towards becoming my authentic self. I’ve felt like I’ve wasted a lot of my time with things I shouldn’t have so I have shifted my focus to doing more for me: I surround myself with people I like being with,  I do more of what I enjoy, and I’m getting better at putting myself first.

Which is why I’ve decided to push my blog to the side indefinitely.

Time and again I’m told I’m a talented writer, but other writers will tell you how awful it feels to write when you are completely uninspired — it’s soul crushing. Keeping up with a blog schedule and writing week after week while uninspired becomes more of a chore, and the more I did it the worse I felt. I don’t want to do that anymore. I may write something at some point in the future and feel it best to post it here, but I don’t know when that will be, if at all. I’m active on Twitter, so you can continue following me there if you’d like. I’m still iffy on how active my Instagram account will be in the future, but I do think I will close the Facebook page.

Thank you for reading my little blog for however long you have been. At the very least, I hope you learned a little bit more about me and my view of the world.

My name is Jenn
and I am a born and raised Lethbridgian.
I blog about my life in
Lethbridge, Alberta.